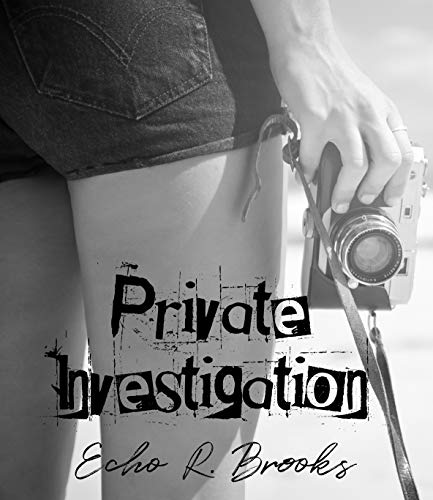 A murder that leads to a blackmail plot. A private investigator trying to keep up with the lies.

Rachelle, a private investigator for a large law firm, can't stay out of harm's way. She immerses herself in her work, often putting herself in danger when she's chasing down a lead.

Rachelle gets a new client: Andrew Bradford, a wealthy investor who's fallen victim of a blackmail plot. He's under suspicion for the murder of his business partner, and the blackmailer claims to have the murder weapon: a gun that belongs to him. Rachelle must find the identity of the blackmailer before they can implicate Bradford in the crime.

Rachelle is also focused on another person of interest: Kara, the attorney in the case. Kara hates when Rachelle puts herself at risk on the job, but she can't argue that Rachelle gets results. The two women have become close over the years they've worked together. An intimate moment a few years ago turns into a steamy, kinky affair that leaves Rachelle reeling in the midst of a case marked by lies and sabotage.

With ever-increasing demands on her client, the case quickly spirals out of control. Rachelle runs into smoke screen after smoke screen while pursuing the case's prime suspect: the victim's son. She is further thrown off course by her client's daughter, who has dark secrets of her own. As Rachelle plumbs the depths of family secrets, she must question where her morals - and her loyalties - lie.