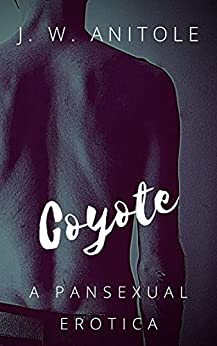 “If you had asked me at the start, I'd have said I was 100 percent straight.”

Regular old Sean Grisham had a long-term girlfriend, although she was out of town with her "roommate."

He never planned on locking himself out. Nor had he planned on leaving his car keys and phone on the kitchen counter.

With the sound of a door opening and closing from the apartment above, Sean calls out to the neighbor he’s never met.

What follows is a night that begins a week-long journey of Sean finding himself drawn into numerous encounters with alluring partners, each challenging his "comfort zone."

From a film school maestro to an art student with a bondage fetish, to her 18-year-old roommate going through transition in pink Chuck Taylor low-tops—one crazy week turns a boring small-town college guy into everything from a closet slave, to a boy toy, to a power bottom, to a reluctant indie film actor, to the proud owner of a Coyote Conversion Ford Bronco desperately in love with several people.