A Lusty Librarian: A Lesbian in an all Female College 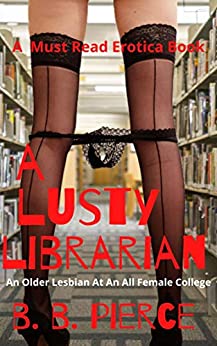 Susan Foster had been married to a real asshole, and finally gotten a much deserving divorce from him. From that day on, she found a brand new sexually fulfilled world awaited her, in an alternative lifestyle. It was that of a lesbian. Perhaps, it was the cruel and unjust treatment that she had endured so long, living with him. We will never know for sure. Subsequently. she chose to live her life, as a single female, and even dated a few men, just so no one else would suspect her hunger for female flesh.

She can be so sexy and demure, even very romantic in her actions at times. While at others, you will find out just how wildly wicked she can be, with her crude, and lewdly savage, wanton sexual behavior. Some of it might shock and stun you, or perhaps make you even hornier then she is capable of being. You will have to decide for yourself.